How can the global 'asbestos epidemic' be stopped? That is a tricky question. Gert van der Laan is a clinical occupational doctor who founded the Dutch Centre for Occupational Diseases in 1990. We asked him why there are such great differences internationally as regards the opinions of and approach to the harmful effects of asbestos.

Late lessons from early warnings... It is the harrowing conclusion of a presentation given by Van der Laan at the EU Summit Together for disease-free workers in Brussels. He has authored several publications on occupational illnesses, including mesothelioma. He is also a member of various international working groups on occupational illnesses, and is an advisor to the Social and Economic Council of the Netherlands (SER). ‘You know, the fact that asbestos is hazardous to health has been known for a long time. Unfortunately, really good measures to protect people weren’t, and still haven't, been put in place.’ 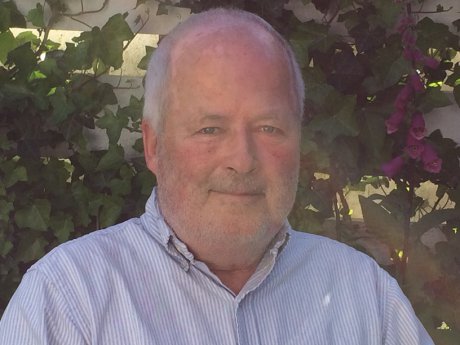 ‘In the 70s, my teacher, Professor Zielhuis, was also a supervisor of Jan Stumphuis (1920-1983): he was the first Dutchman to demonstrate the link between asbestos and mesothelioma. While working as a company doctor for De Schelde, a shipyard in Vlissingen, he encountered many dockworkers who became ill after exposure to asbestos. Stumphuis published the results of his research in his dissertation, Asbestos in a company’s workforce (1969). At the time, it was a bizarre discovery: a disease, which had previously been extremely rare, suddenly began causing a large number of deaths on Walcheren. Most victims had been working as insulators or shipwrights in the shipyard. Since then, his research has been considered leading in legal proceedings relating to asbestos,’ Van der Laan tells us. But those who might think that the Netherlands was a trailblazer in this area are sadly mistaken: ‘The dangers of asbestos were already known worldwide.’

‘The great international differences in attitudes towards asbestos often have economic causes,’ explains Van der Laan. ‘In Russia and Kazakhstan, asbestos is still produced on a daily basis, and there is an active asbestos lobby. In Canada, the asbestos mine was only closed last year. Even after the carcinogenic properties of asbestos were made public, it took several more decades until the material was banned: in the Netherlands, this occurred in 1993 with the Asbestos Decree. Later, in 2005, asbestos was banned throughout Europe.’ Economic interests, including arguments to do with employment, and strong lobbying by the asbestos industry, have contributed to this slow progress. Van der Laan: ‘Consider those Canadian researchers who were financially supported by asbestos producers, and who tried to keep the “ABC Myth” in circulation. With the slogan Anything but Chrysotile, they claimed that asbestos-related cancers weren’t caused by chrysotile, but purely by exposure to the even more carcinogenic brown or blue asbestos. They also defended the frequent use of cheap asbestos/cement pipes as water and sewage pipes – using these, they said, millions of infectious diseases could be prevented in Africa. The Chrysotile Association in the Urals continues to spread similar information ("saving lives with chrysotile").

A slow and arduous process

Van der Laan expects changes on the horizon, but he believes progress will be incredibly slow. ‘In Russia and Kazakhstan, the asbestos mines are still open, and asbestos production worldwide is still only decreasing slowly. International organizations such as the World Health Organization (WHO) and International Labour Organization (ILO) are committed to bringing about change, but turning things around is an incredibly slow and arduous process.  Even the WHO's policy isn't that “there should be a worldwide ban on the use of asbestos", they want “0 asbestos victims”. Those are two different goals.’

Naturally, an absolute requirement is a strong government that, by means of good inspections and strict laws and regulations, manages the situation. But there’s a lot of work to be done, worldwide and in the Netherlands. As soon as regulations threaten jobs, the trade unions jump into action. An example of this was when the Eternit factory in Goor was threatened with closure in 1985 due to health hazards. The province and municipality shared this fear at the time. Bob Ruers wrote an impressive dissertation about this. And then you see the way asbestos is still being treated in the agricultural sector: some farmers simply drive across the farmyard through asbestos debris. If you point this out to them, their usual reaction is: “stop overreacting”.  Sometimes, for managers and the general population, it takes quite a while for it to sink in that health is actually quite important.’

‘With the slogan Saving lives for chrysotile, researchers in Canada and Russia defended the use of cheap asbestos/cement pipes as water and sewage pipes – using these, they said, millions of infectious diseases could be prevented in Africa.’

Leaving asbestos behind for good

What kind of approach is needed in order to leave asbestos and mesothelioma behind for good? Van der Laan: ‘That’s a very tricky question. First of all, we’d need to ensure that people stop using asbestos anywhere. The Western countries are doing fairly well here. Then, in places where asbestos still exists, it will need to be removed in a responsible way. But, before we get that far... All of us need to get on the same page. The WHO is currently trying to convince the Russians that chrysotile is dangerous too. They are doing so by means of a large international research project with data from, among others, Russia. With this, they are testing whether lung cancer and mesothelioma are more likely to occur among Russian workers who are exposed exclusively to chrysotile.  The fact that Russia is cooperating with this is a positive sign, and might have actual effects.’