Interview from the ‘Asbestfeiten Magazine special edition’ with Nick Visscher - directeur Visscher Sloop en Asbestverwijdering B.V. After having worked for a boss for 14 years, Nick decided it was time for a change of course, and started his own business. Now, he’s his own boss and that of Visscher Sloop en Asbestverwijdering B.V. He's never looked back: ‘That freedom, being able to choose what to do and what not – I should have done this 10 years earlier.’ 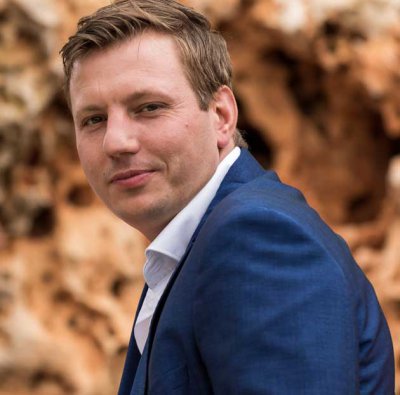 In the asbestos sector, Visscher is renowned for his hands-on approach. Where others do not want to get involved for fear of getting burned, he is unafraid of taking on the most difficult of jobs. In fact, he prefers them. ‘Whenever I take on a tricky job like that I just think: “oh, this is going to be fun!” The common-or-garden asbestos abatement jobs are all part of it too, of course, but it’s those challenging, demanding projects that really stimulate me,’ says Visscher.

This also becomes apparent when viewing Visscher’s portfolio, which contains interesting recent projects: the large-scale asbestos abatement of the GAK building in Amsterdam, the V&D complex in Alkmaar and the head office of De Nederlandsche Bank. Visscher adds to this: ‘Soon, we’ll be carrying out a major asbestos abatement project for Leiden University, with several containments totalling 40,000m². Each of these projects is really quite substantial!’ Visscher also casts a critical eye over potential projects to decide whether or not to take them on: ‘Abating asbestos roofs is an example of the kind of project I don’t pursue. I'll do it for long-term clients, but there are firms that can do a much better job of it than me. Every man to his trade.’

Visscher has a level-headed view of the recent developments in the asbestos market. ‘I don’t think the changed laws and regulations have made things much stricter. It’s always been like this. The only thing that’s changed is the final inspection methodology. I think that’s where the biggest change has occurred in terms of asbestos abatement. But consider the compulsory source measures, for example: they were always a requirement. There are just slightly stricter measures for the DTAs (professional asbestos removal supervisors) and for the asbestos abatement workers. In my opinion, asbestos abatement professionals will simply benefit.’

No need to panic

In short, Visscher thinks the consequences are easy to predict. ‘If the DTAs and asbestos abatement workers simply do their jobs, then there'll be nothing to worry about. I don't understand why everyone’s making such a fuss – if you do what you're meant to do, then why should you be concerned? As for the final inspection, additional adhesive samples now need to be taken, and you have to wait longer because the pump takes four hours. But the principle remains the same: a visual inspection is a visual inspection. I don’t see the difference. This is a specialist profession after all, so correct implementation is a must.’

‘In principle, these developments mean everyone in the industry’s a winner,’ muses Visscher. ‘The laboratory definitely profits: the costs for a release in risk class 2A have increased sharply when compared to the ‘old’ risk class 3-abatement. That’s all to do with the two adhesive samples per pump and those four hours of air tests. We pass these extra costs on, meaning we also indirectly profit from them. However, I’m not sure if this is all positive: it might lead to illegal asbestos abatement. Higher costs can, unfortunately, also lead to shady dealings.’

Do asbestos abatement companies need to keep distinguishing themselves by using alternative and new techniques? Visscher has a clear opinion on this: ‘As an asbestos abatement company, that's what you’re doing all the time anyway. For example, we are currently wrapping a lot more than before: I think there’s a lot to gain by doing so. Source capture and spraying the material with water first helps limit fibre emissions. As a result, you don’t have to clean up as much, and it’s easier to carry out your measurements.’

Visscher has mixed feelings about the new format of the DAV (Professional Asbestos Remover) training courses: ‘The new approach has a big impact on employees’ training programmes. Quite frankly, I believe it’s becoming increasingly difficult to train people. The fact that you first need to complete DAV1 makes the step to becoming a professional asbestos removal supervisor that much larger. Look – I too believe that quality needs improving, but the flipside is that it encourages scarcity. There are many potentially excellent professionals in the asbestos sector who drop out because they're not bookish types and are put off by the training programme. That’s a real shame.’