When an issue involving hazardous substances makes headlines in the Netherlands, it sets off a chain reaction. In response, we try as much as we can to make improvements to regulations and enforcement. Recent news surrounding the use of material containing hexavalent chromium in the defence industries has put this subject in the spotlight. But what position do other countries take on the matter, and do incidents involving hexavalent chromium have as much of an impact there? Speaking to SGS colleagues in Belgium, America and Taiwan, it seems that hexavalent chromium is higher on the list of priorities in some countries than in others.

In Belgium, things are suspiciously quiet 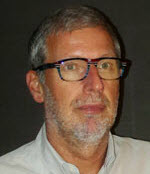 ‘In the last few years in Belgium we have seen a minor news story about the presence of hexavalent chromium in railway vehicles. In the Netherlands that would have immediately made the headlines, leading to prompt action and widespread investigations. But in Belgium, things are suspiciously quiet. There is no market for hexavalent chromium here yet. It is comparable with asbestos in that respect: we are already aware of the risks, but it is taking a long time for us to start seeing effective action. That is typical of Belgium; if something is not particularly urgent (read: if there is no legislative pressure), then it does not get done. I think this has to do with our country's complex setup. There is a federal government, but most of our environmental regulations are made at regional level. The federal government takes care of matters such as hexavalent chromium and asbestos, among others. But government services are understaffed, and as a result there are very few inspections - it just doesn’t work. Think of it like this: if a driver's speed is not monitored, they are likely to carry on driving too fast. As SGS, we try to highlight the risks of hexavalent chromium, but this remains difficult in an unmoving market where no enforcement is carried out. As an auditing organisation, we have the right experts and accreditation for hexavalent chromium in house, but we are still unable to do much with it.’

‘In America, hexavalent chromium has been attracting a great deal of public interest for many years now. The lawsuit that Erin Brockovich brought against American water companies in 1993 marked a breakthrough, and her autobiographical film of 2000 focused even more attention on it. In America hexavalent chromium is very strictly regulated and is monitored by OSHA (Occupational Safety and Health Administration) and NIOSH (National Institute for Occupational Safety and Health). The threshold values are regularly reduced. The last reduction was five years ago and was quite substantial, which in my opinion was a good thing. It means that we are serious about eradicating risks. At SGS, we focus mainly on air analyses, but we also check whether hexavalent chromium is present in paints and primers. We are constantly striving to guarantee a healthy working environment for companies. I also find it extraordinary that the Netherlands is only just waking up to the problem of hexavalent chromium. The dangers have been known world-wide for so long, so I find it worrying that it is not being handled carefully everywhere.’

Taiwan is more concerned about toys and food 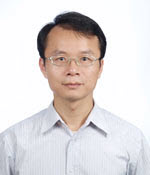 ‘In Taiwan, hexavalent chromium is not very high on the agenda. No clear action has been taken on it by the government in any case. Every now and then a lawsuit makes the news; for example, it was recently reported that a leather factory had leaked hexavalent chromium into the sewers. The EPA (Environmental Protection Administration) hands out fines, but that's as far as it goes. An environmental organisation also wrote a report recently about limits being exceeded by paint factories, but it is not clear whether the government is taking any measures. That is the issue here: news about hexavalent chromium doesn't tend to stay news for very long. Any interest in it evaporates quickly. The Taiwanese population is much more concerned about plasticisers being used in toys, BPA being present in food packaging or food containing banned chemicals. Taiwan has many rules about toxic substances and legislation is similar to that of Europe and America. At our laboratory we take a broad perspective when looking at toxic substances. We have noticed that we still need to explain a lot about hexavalent chromium; for example, people often think that they are dealing with trivalent chromium, when in fact it is hexavalent chromium. But the message seems to be getting through that we must do everything possible to protect people and the environment. As a result, I expect interest in hexavalent chromium to increase in the future.’